Climate change is the greatest problem humanity has ever faced. According to the EpData platform, in 1970, 40 million tonnes of CO₂ were emitted per day, a figure that has grown over the years to reach some 100 million tonnes a day in 2020. This has brought about a 1.2°C increase in global temperatures due to the accumulation of greenhouse gases.

If we don't take action, climate change will be irreversible by the year 2030. According to data supplied by the United Nations Intergovernmental Panel on Climate Change (IPCC) in a report about global warming, an increase in global temperature of 1.5°C above pre-industrial levels will have devastating effects.

To avoid such a scenario, in 2015 three international action plans were launched that put forward solutions to curb climate change in the medium and long term, which has been given the name of green transition. The 2030 Agenda, Paris Agreement and the Sendai Framework are the three documents that set out the steps being taken to reduce CO₂ emissions and curb climate change.

Sustainable Development Goals in the 2030 Agenda

On 25 September 2015, the 193 member countries of the United Nations launched the 2030 Agenda, which represents an international commitment to tackle the environmental, social, and economic challenges posed by climate change.

This document outlines 17 Sustainable Development Goals (also known as SDGs) and 169 targets that countries have committed to achieving, with the aim of changing humanity's course. These are the 17 objectives:

For each of these points, different targets are set out that companies, institutions and individuals should meet to turn the planet's future around.

With the event of the COVID-19 pandemic, the need to achieve these targets is clearer than ever. The slowdown in human activity has had negative effects on community health and economic growth. However, it has had a positive impact on slowing down climate change. Hence, it is necessary to support initiatives that advocate for economic development that preserves both the environment and people's quality of life.

Major initiatives have been undertaken by both large and medium-sized companies and entrepreneurs that demonstrate that achieving the SDGs is possible. A green and sustainable transition is a real possibility if we harness technology, creativity and innovation as our main tools. 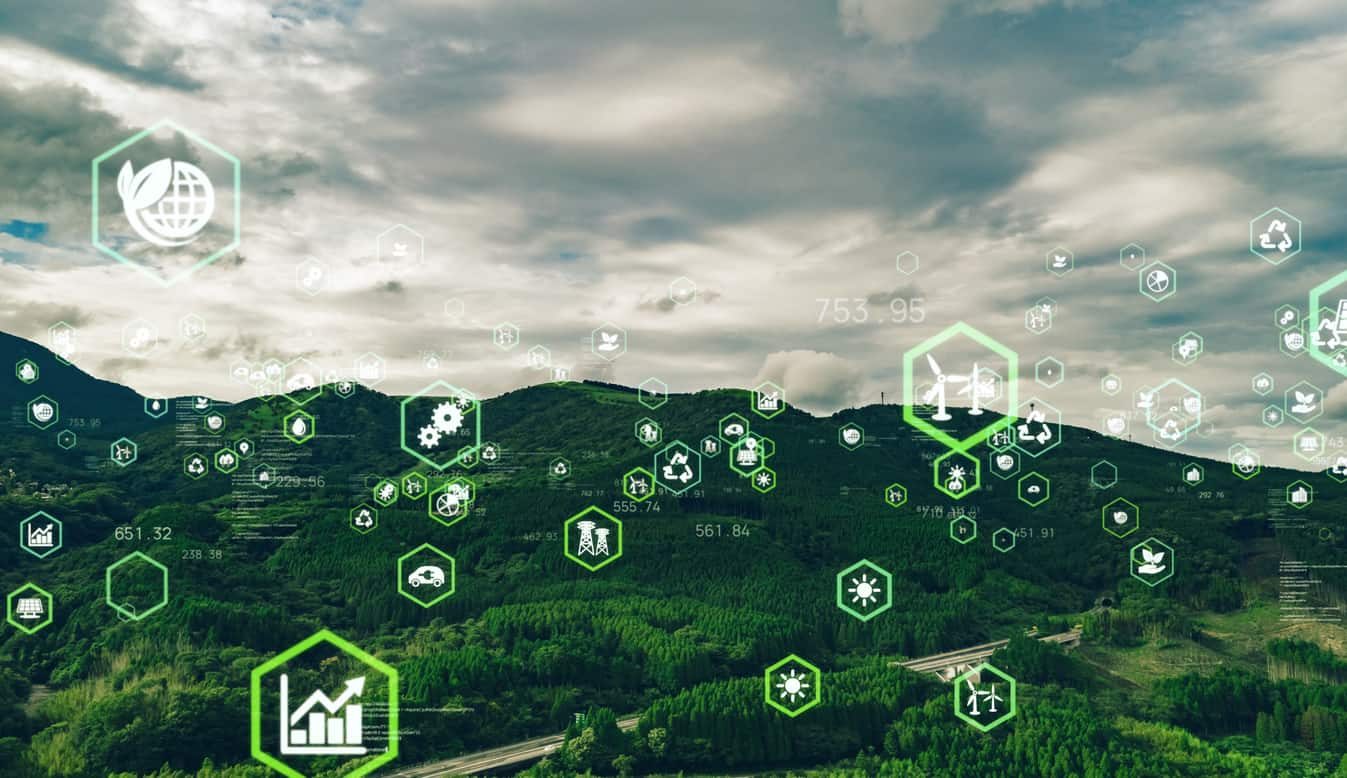 The Paris Agreement was signed by every country in the world on 22 April 2016 at the United Nations Headquarters, and was launched on November 4th of the same year. The main aim of this historical agreement is to stop global warming, with the goal of reducing the forecasts that point to a 2°C increase in global temperatures over this century. The first goal is to limit this to 1.5°C before 2030.

To achieve this, the approach is to reach the maximum of greenhouse gas emissions as soon as possible, or in other words, for  CO2 emissions to start to fall as quickly as possible.

Every 5 years, countries will submit their Nationally Determined Contributions (NDC), which outline the step each country will take to reduce emissions in the coming years and which must be increasingly ambitious. Measures must also be taken to create resilience and adapt to potential temperature changes.

The Paris Agreement is a framework that creates a network of economic, technical and capacitive collaboration between more powerful countries and developing ones. Since its launch, several solutions have been implemented that have managed to reduce gas emissions, as well as create new markets and businesses that revolve around the sustainable economy. The best example to date is the achievement of the Aquae Foundation, which has been able to reduce its carbon footprint for 6 years in a row. As a result, it has been awarded the triple “Calculo + Reduzco + Compenso” (Calculate, Reduce, Compensate) seal, thanks to off-setting some 70.18% of its 2019 carbon footprint.

The Sendai Framework for Disaster Risk Reduction 2015 - 2030 is an updated or improved version of the Hyogo Framework for Action 2005-2015. After more than 3 years of talks between countries, the United Nations (UN), non-governmental organisations and other parties, this international agreement was drafted in 2015, with its main objective being to implement a series of measures to reduce the risk of natural disasters.

The Sendai Framework establishes several priorities that countries need to act on. These are the four most notable:

The main goal of this document is to understand the existing risk, improve management, reduce the danger insofar as possible, and prepare for natural disasters. To evaluate the progress of these guiding principles, 7 global objectives have been agreed, which must be met between 2020 and 2030.

At present, we are in what has been termed the 'decade of action', in which countries, organisations and companies must take a step towards meeting the objectives set. According to Mami Mizutori, head of the United Nations Office for Disaster Risk Reduction (UNDRR), a minimum of USD 90 billion must be invested to build the infrastructure necessary to meet the objectives, 75% of which should come from the private sector. 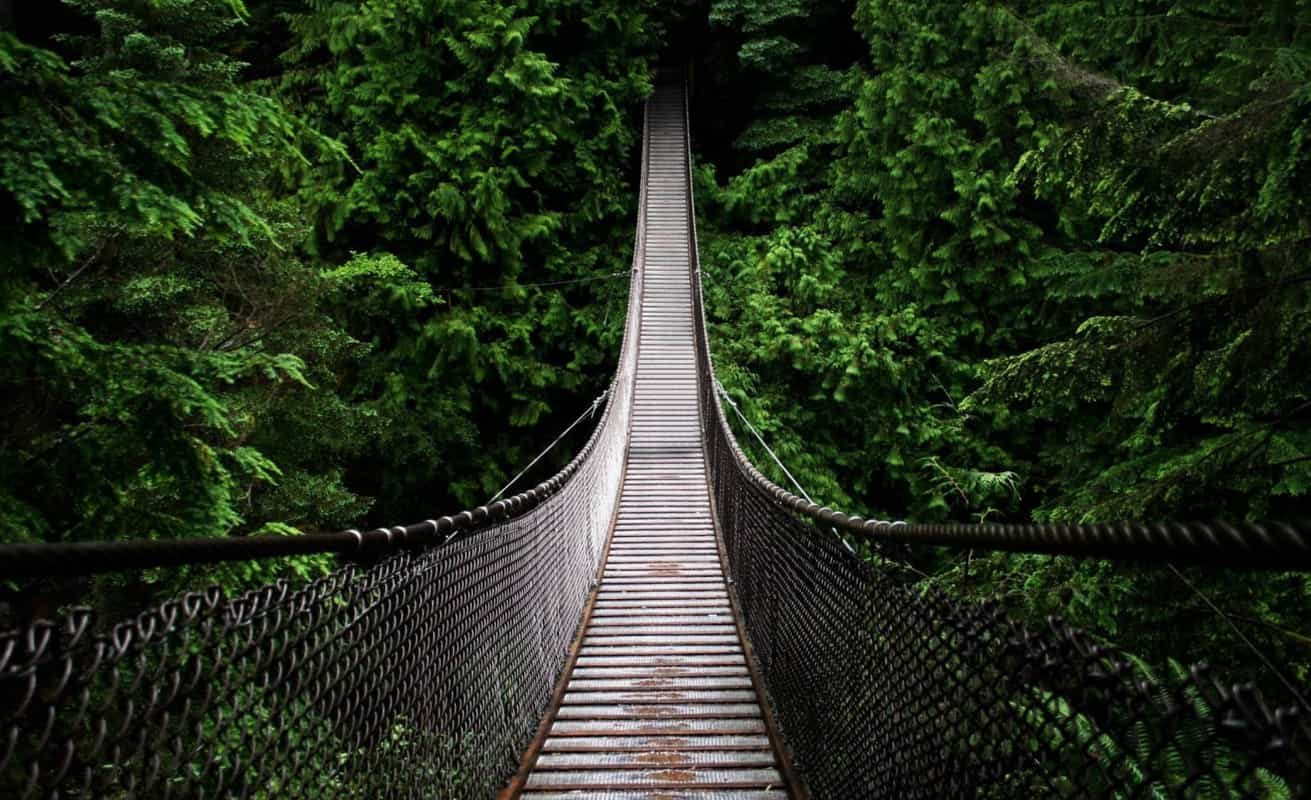 Banco Santander has demonstrated its commitment to the green transition and various international agreements through several measures to achieve the figure of zero net CO2 emissions by 2050.

At the start of 2020, Banco Santander made a commitment to become carbon neutral, a goal achieved within just one year. For 2030, the goal is to bring its electricity production portfolio in line with the Paris Agreement, through various decarbonisation measures.

The institution is also very close to reducing the use of single-use plastics to zero (with a 98% reduction in 2020) and has also exceeded its target for the use of renewable energies: 63% now comes from renewable sources.

Santander X Environmental Challenge, a new opportunity to make your project a reality

The winning projects will be awarded € 20,000 each, and will be able to access mentoring and increase the visibility of their projects on networks. If you have a sustainability project and would like to submit it to the Santander X Environmental Challenge, register now and move towards a more sustainable future. Seize the opportunity!

If you have questions about Santander X, please contact us